LORE
Feel the earth trembling beneath your feet? Only a titan of tremendous power could cause such fear. He is the Render of Stone, the Earthsunder. He is Cabrakan, Destroyer of Mountains.

Proud, boastful, confident to the point of arrogance, Cabrakan revels in his strength, tearing down what the earth has labored to rise. These traits – and worse – he inherited from his sire, the demon bird Seven Macaw.

Seeking to end Seven Macaw’s entire lineage, the Hero Twins tracked Cabrakan by his quaking footfalls. They found him in a valley, surrounded by great peaks, shattering rock into dust.

“How mighty you are,” they told him, playing to his pride.

“Can you shatter that distant mountain?” they asked.

“You must be hungry,” the Hero Twins offered.

And so they shot a bird from the sky for the giant to feast upon, yet as they turned the carcass over the flame, Hun-apu coated it with poisonous mud.

Without a thought, Cabrakan devoured the feast and rose, but already the poison had taken him. Teetering, losing sight, the Earthsunder collapsed. Mountains crumbled a final time. The valley became his tomb.

Yet vengeance is a cycle. Blood for blood, and a Titan is not so easily slain. The destroyer of mountains cannot be buried beneath stone, and Cabrakan’s pained slumber is at an end. Bursting free, he now thunders across the field of war, seeking the Twins that played him the fool. Why stop at mountains when Cabrakan can destroy Gods. 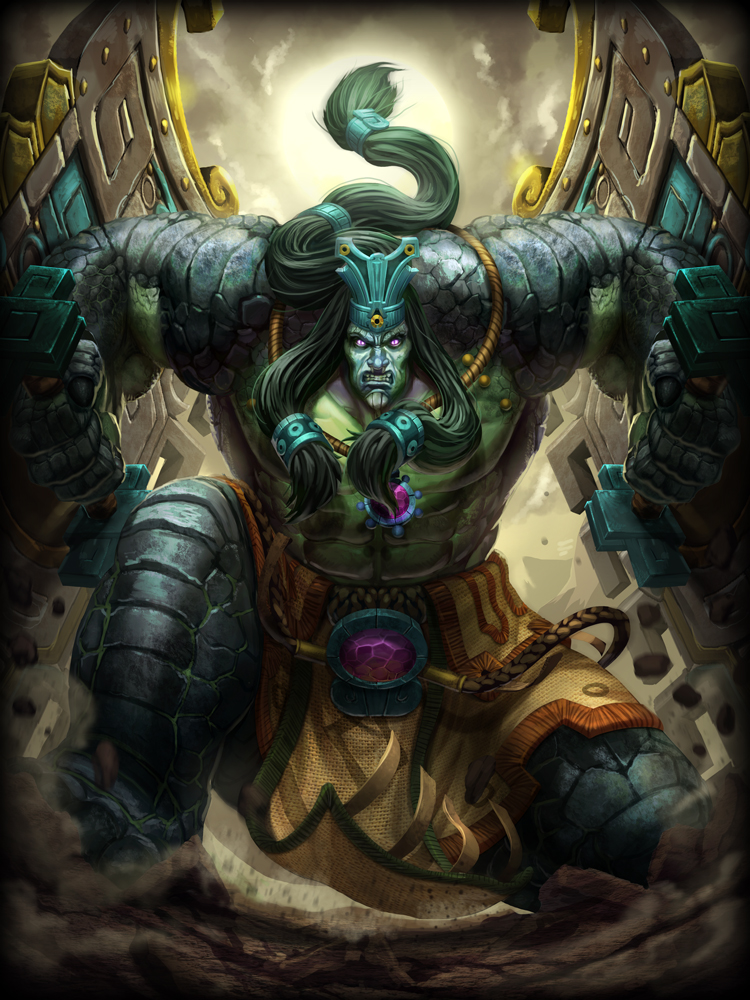 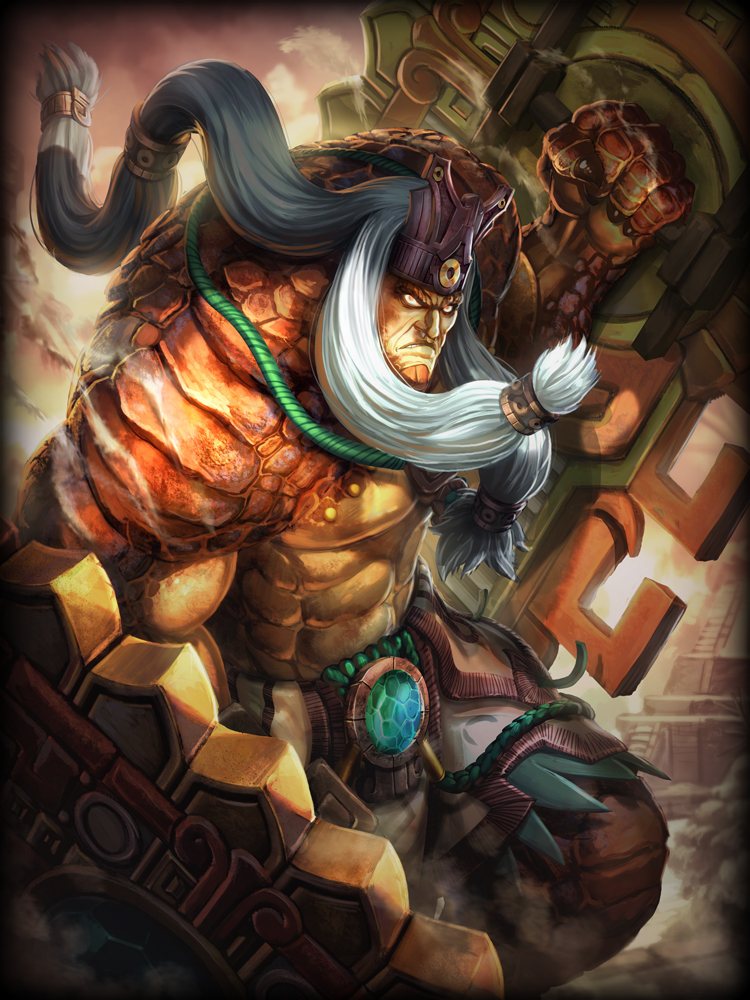 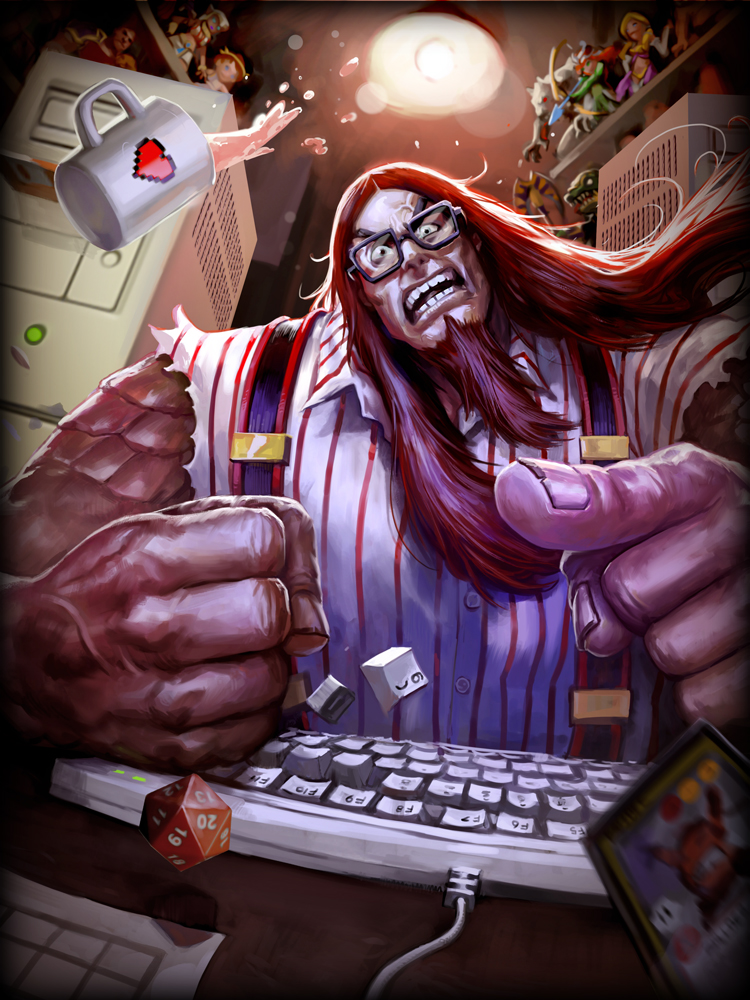 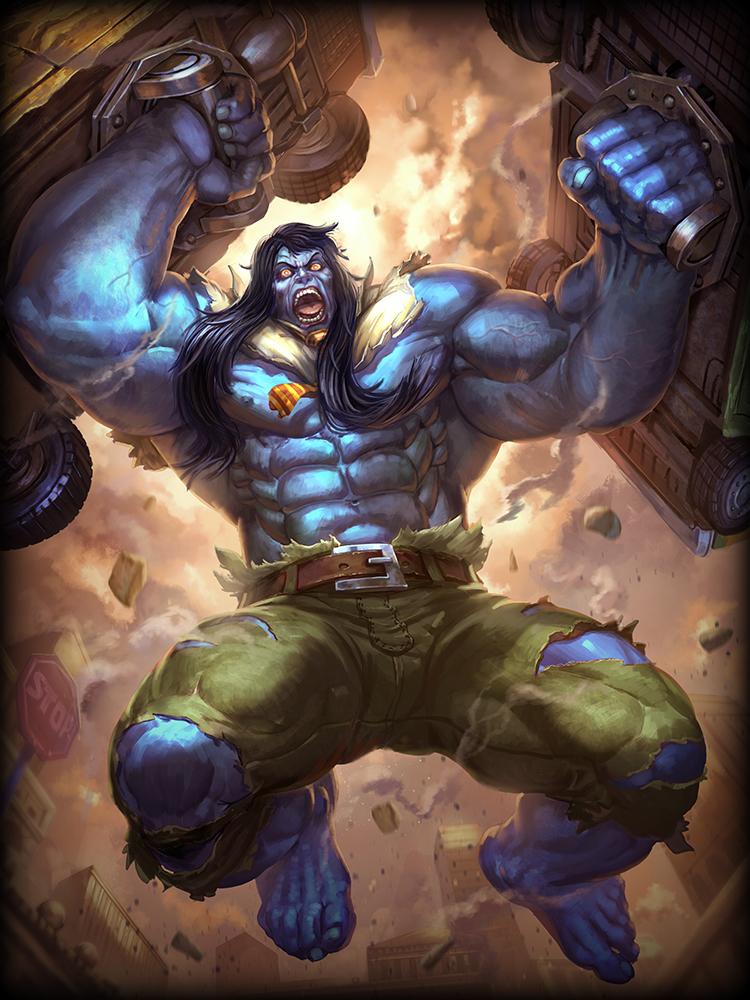 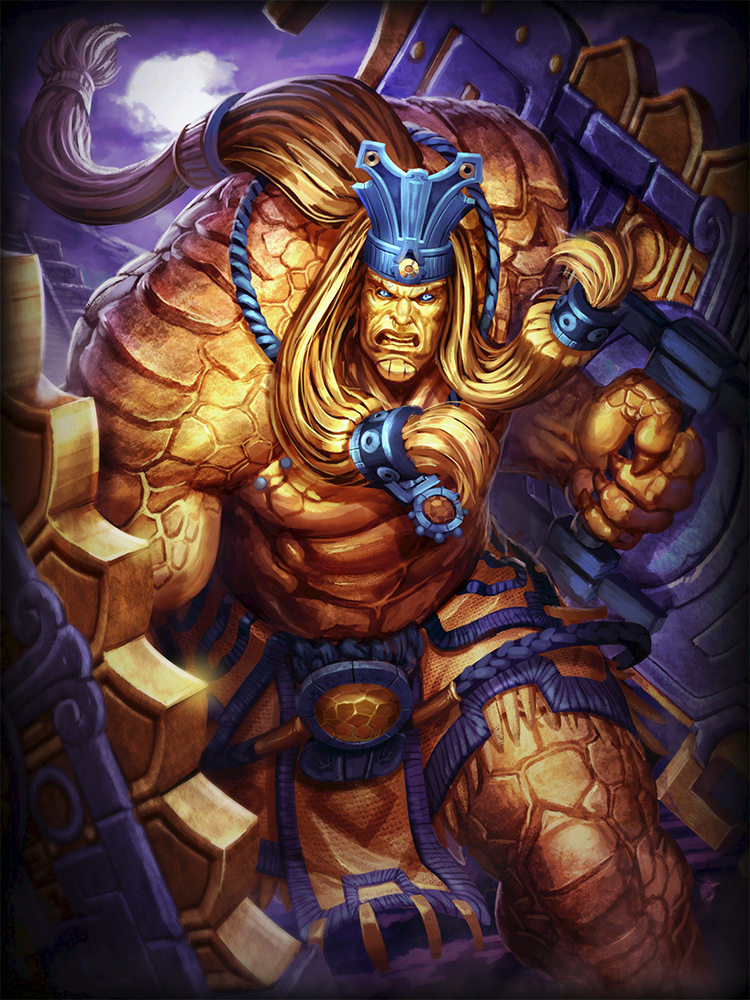 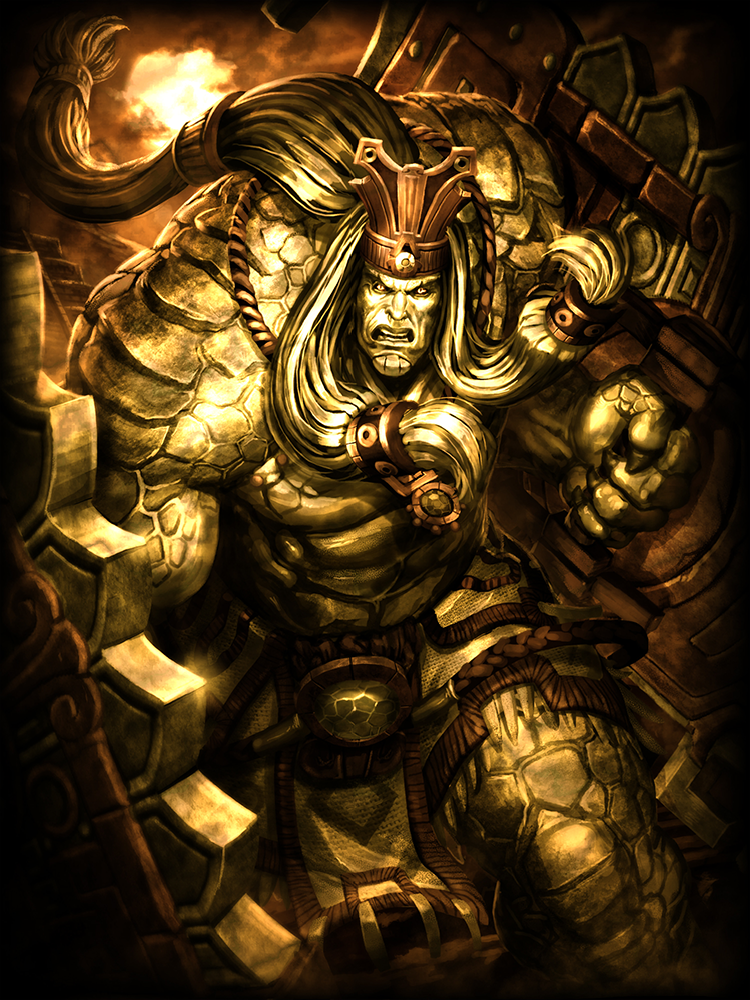 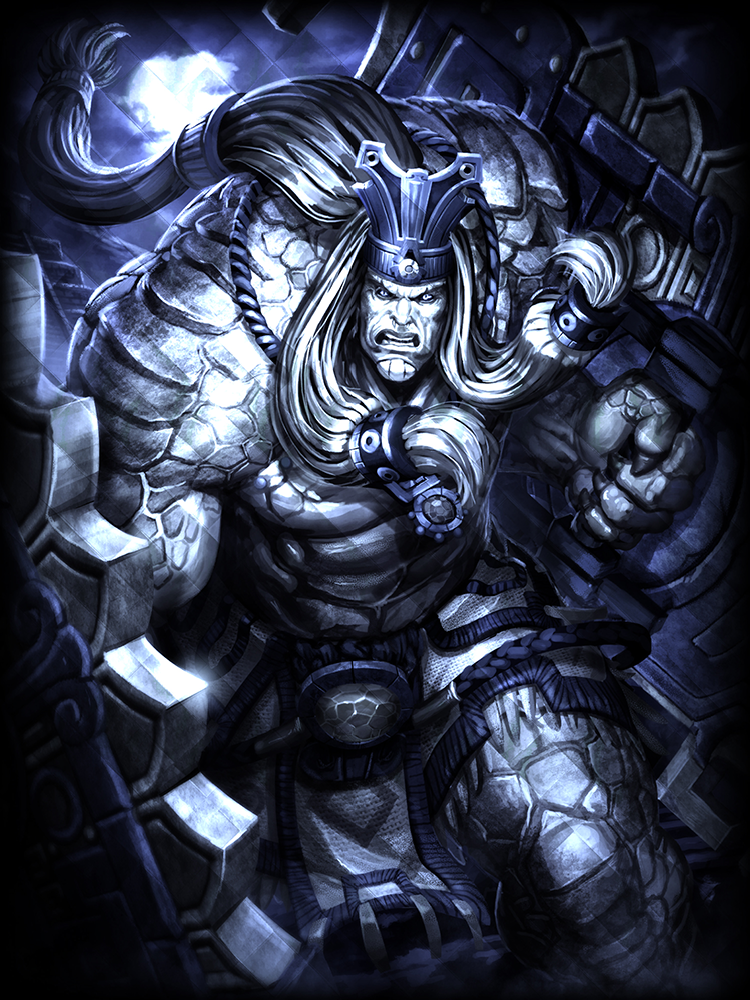