LORE
Rain is life. Showers from above soak the earth, feeding seeds which grow into precious fruits and grains. Man and beast alike are sustained by this cycle. Without rain, this world would be barren and all living things would turn to dust. Thus is the power of Chaac, God of Rain. But, like all great power, it did not come without cost.

In mankind’s earliest days there were no farmers, so they starved beneath the sun. For days, Chaac sought a way to feed them. Deep in the mountains he discovered a golden boulder and cleft it with his mighty axe. Within was Maize, the crop that would change the Mayan people forever, and Chaac was worshipped and adored for it.

Drunk with pride, Chaac sought the object of his deepest desire, the wife of his brother. For a time, their affair remained secret, but that was not to last. Chaac’s brother, the Sun God, discovered them. Without a word, she dutifully returned to her husband and Chaac, realizing what he had done, let her go, but a rift formed between the two brothers that would never heal. In his grief, Chaac drove his axe into the sky, and from the wound tears of regret fell.

Since then, Chaac has chosen a life free of pride and selfishness, devoting himself only to mankind. As a reminder of his greatest failing, he continues to cleave the heavens, washing the land in sustaining waters. Thus do crops grow. Thus do the people survive. Thus is the power of Chaac, God of Rain. 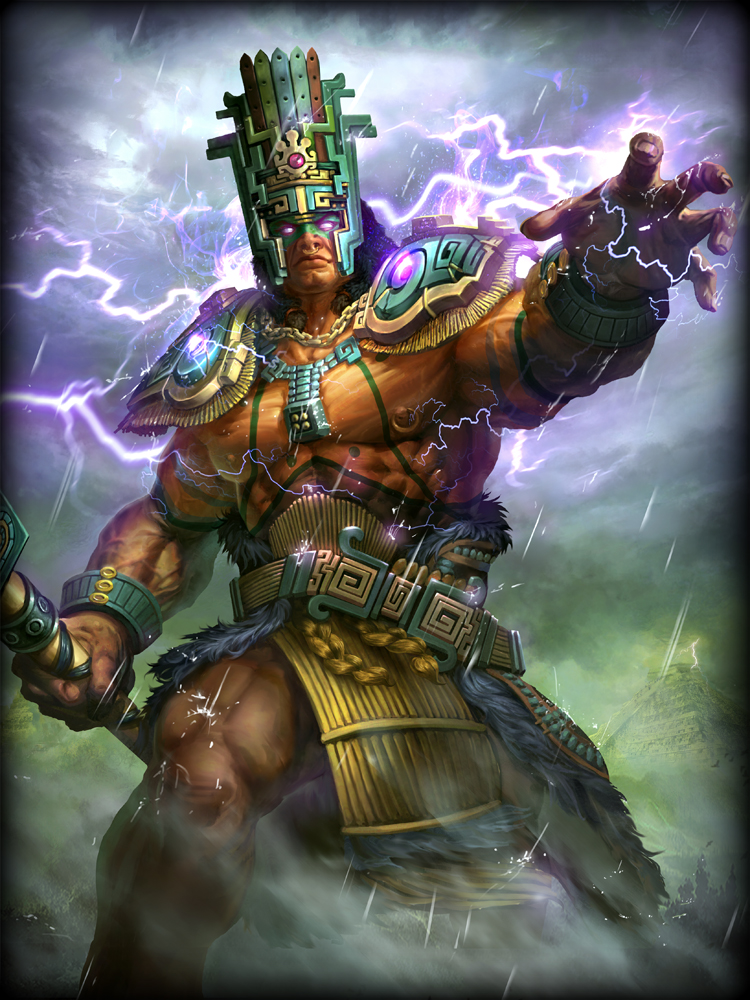 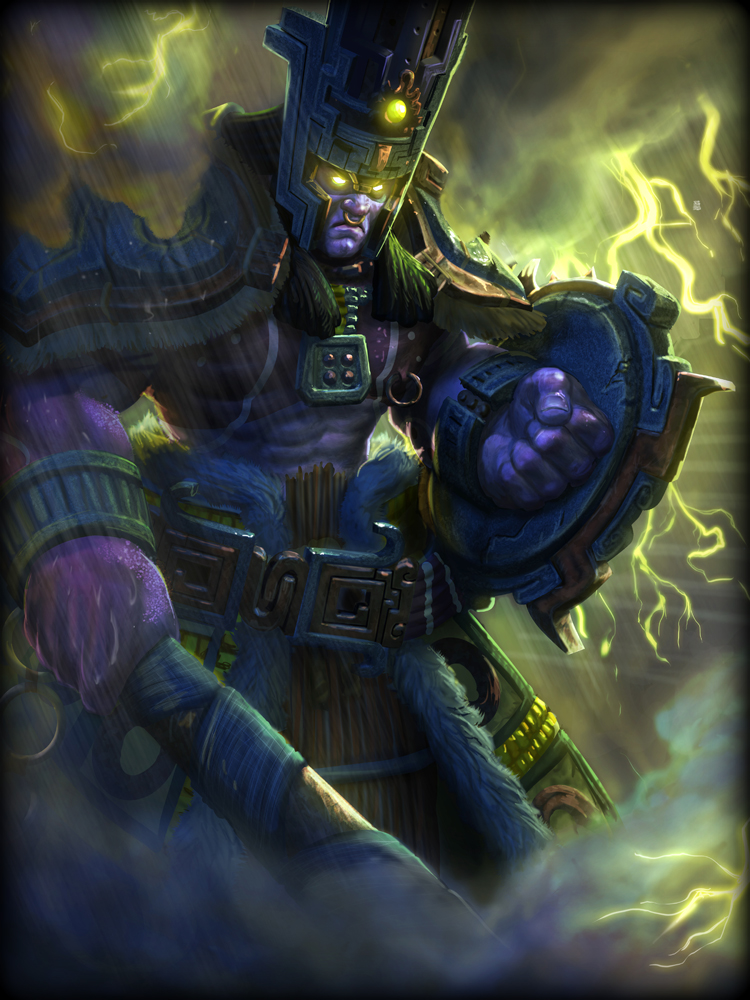 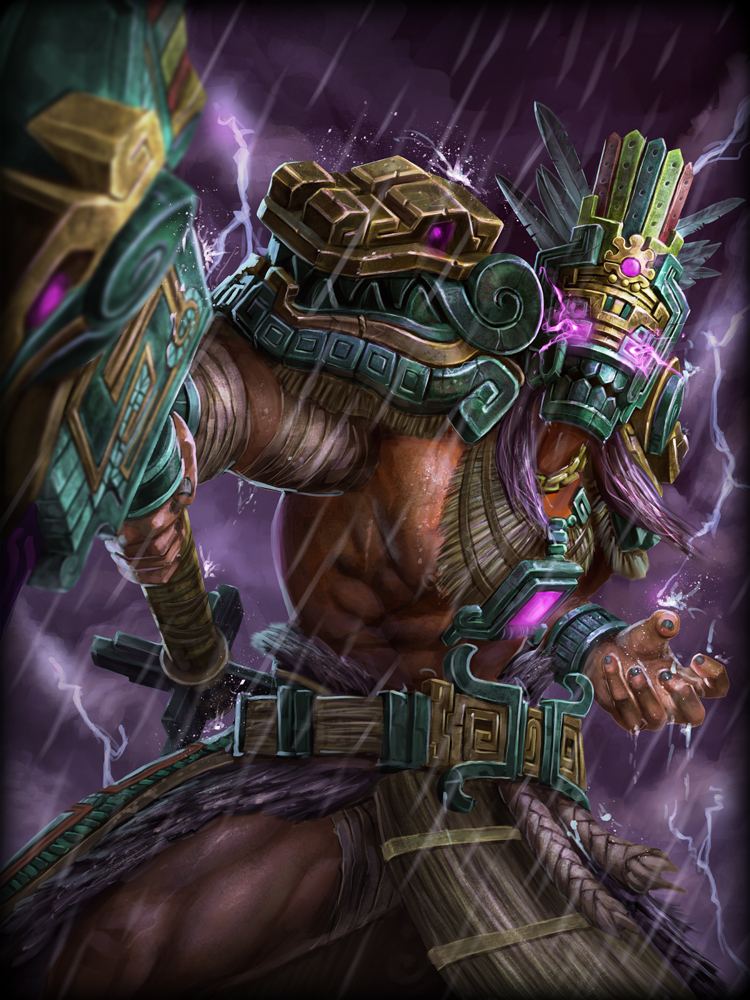 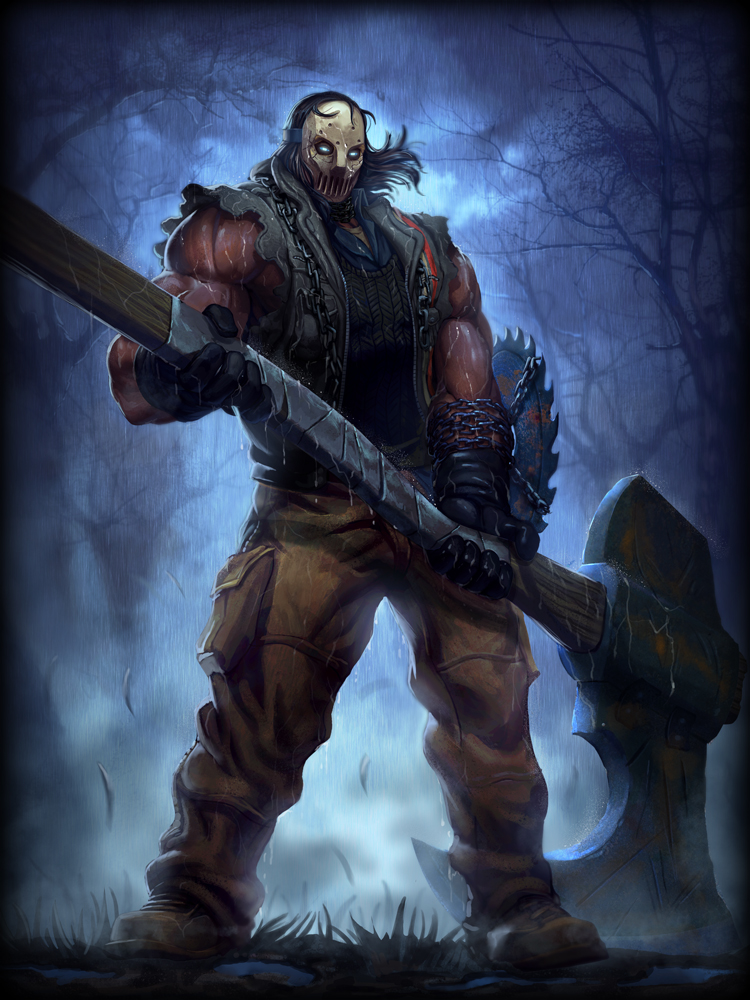 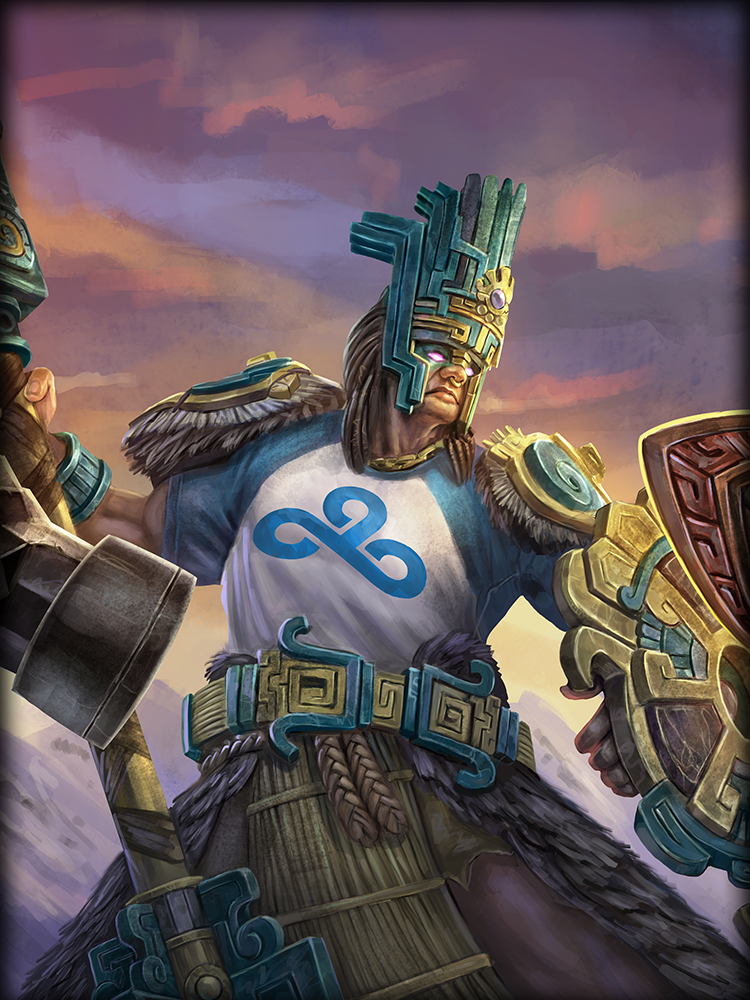 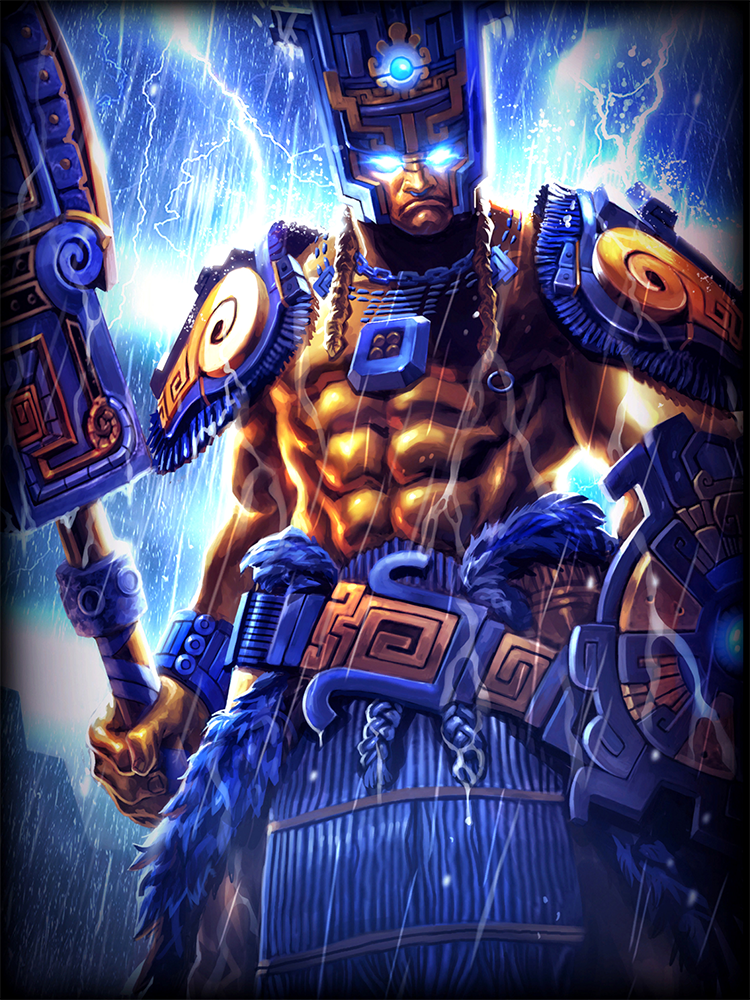 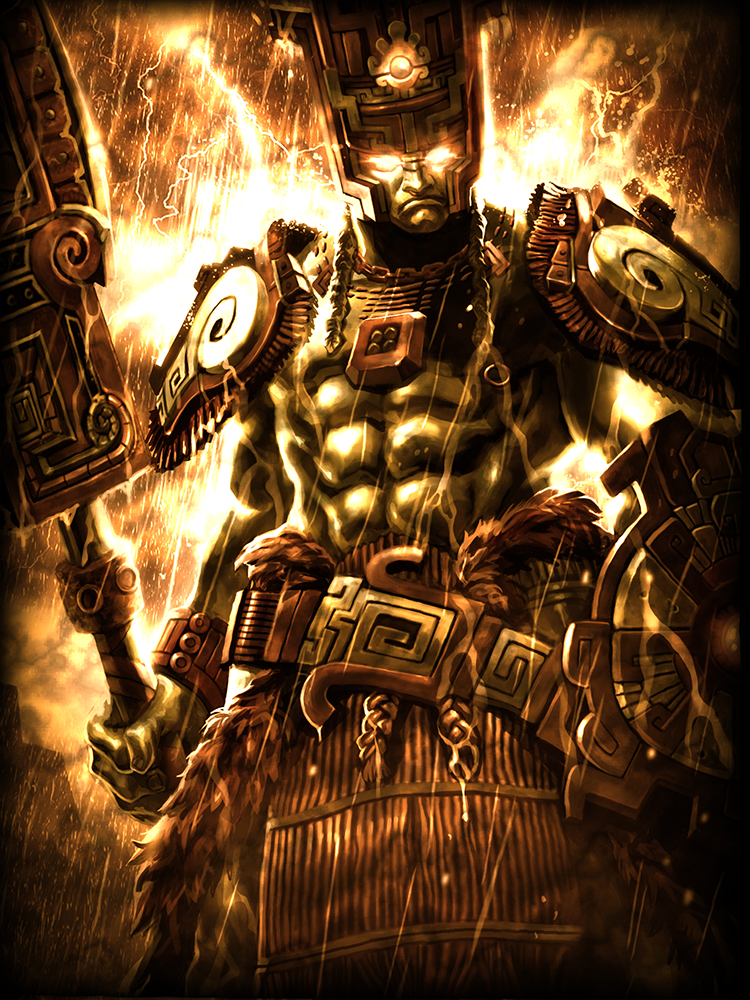 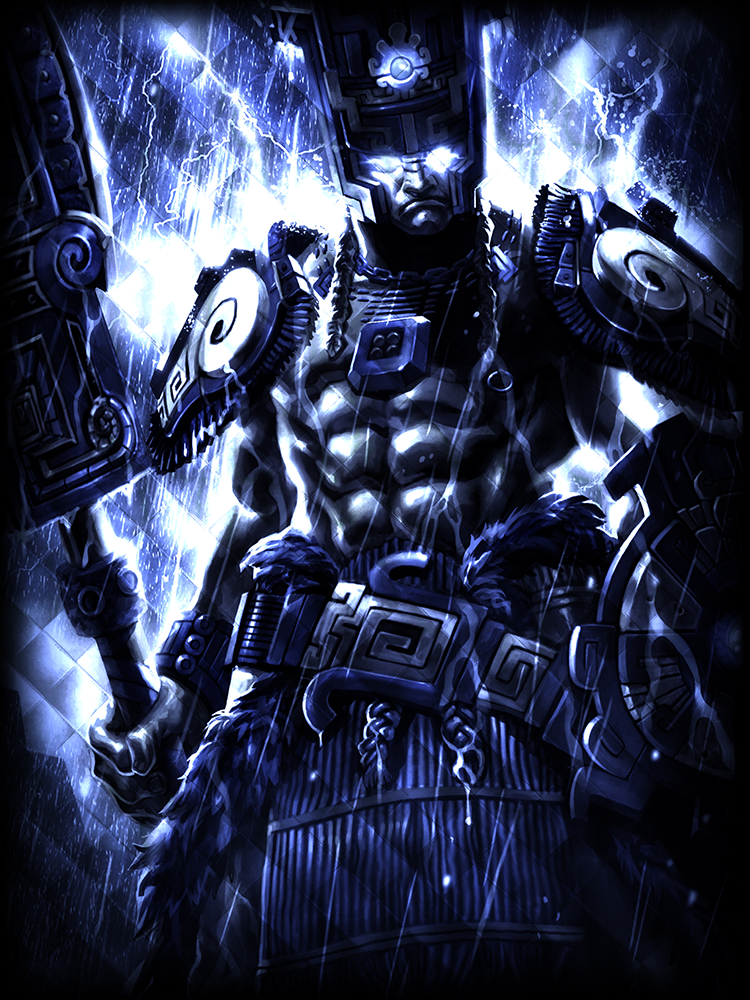