LORE
Behold the rumble from the deep, for it is the bellow of rock and stone. A titan of immortal ages has awoken from fitful slumber to crush all who tread upon his realm. A lumbering giant, patient, deliberate, unmovable; he is Geb, God of Earth.

When a mortal’s heart is weighed in the halls of Ma’at, Geb sits among the Gods in judgment. Those burdened with guilt and regret are claimed by Geb and dragged through the earthen crust to the underworld. Hearts free of such heaviness are taught words of power and ascend to the sky.

It is but the one thing Geb longs for. In his eye, she is glorious sapphire, an unreachable object. But it was not always so. Once, the earth and sky were as one, Geb and Nut, Goddess of the Sky, locked in a lover’s embrace. Ra deemed their union unfit and sent Shu, God of Wind, between them. In his rage, Geb thundered and broke the earth, but for naught, Nut was now forever out of reach.

Though his desire has not weathered with the ages, Geb has rested peacefully for time immemorial, nurturing Mankind through bountiful harvest and stable ground for pyramids and palaces. It is the clash of Gods upon his surface that stirs him. He has risen to war, though his motives are unclear. Does he fight to prevent the destruction of his realm, or will he seize the chance to shatter the wind and reunite the earth and sky? Whatever the outcome, the earth will always remain. 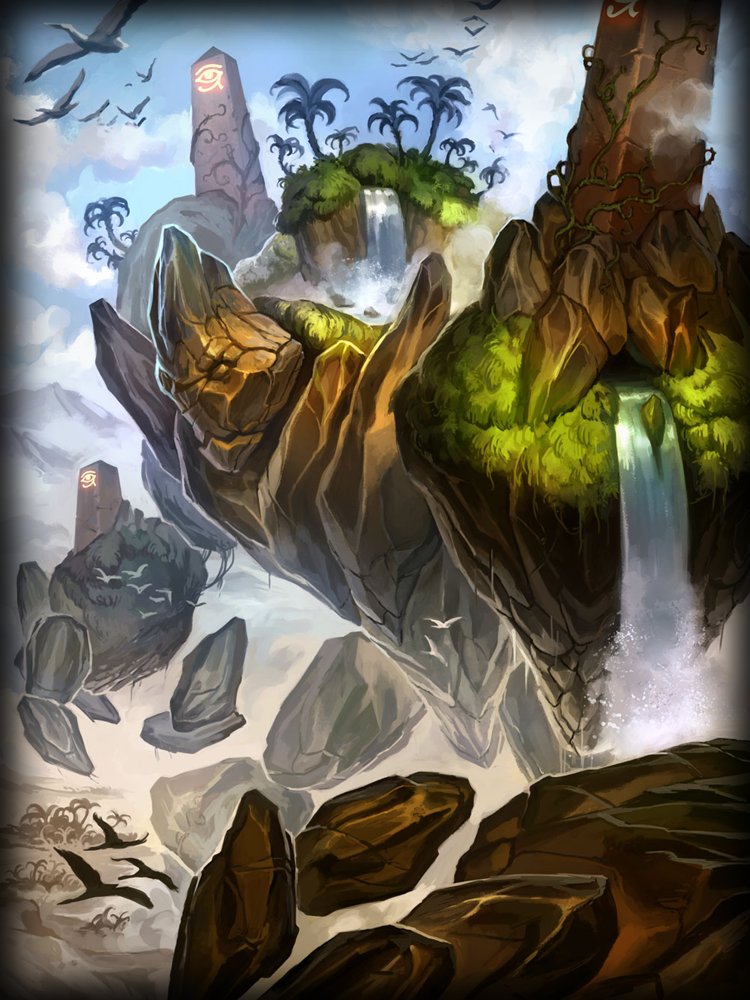 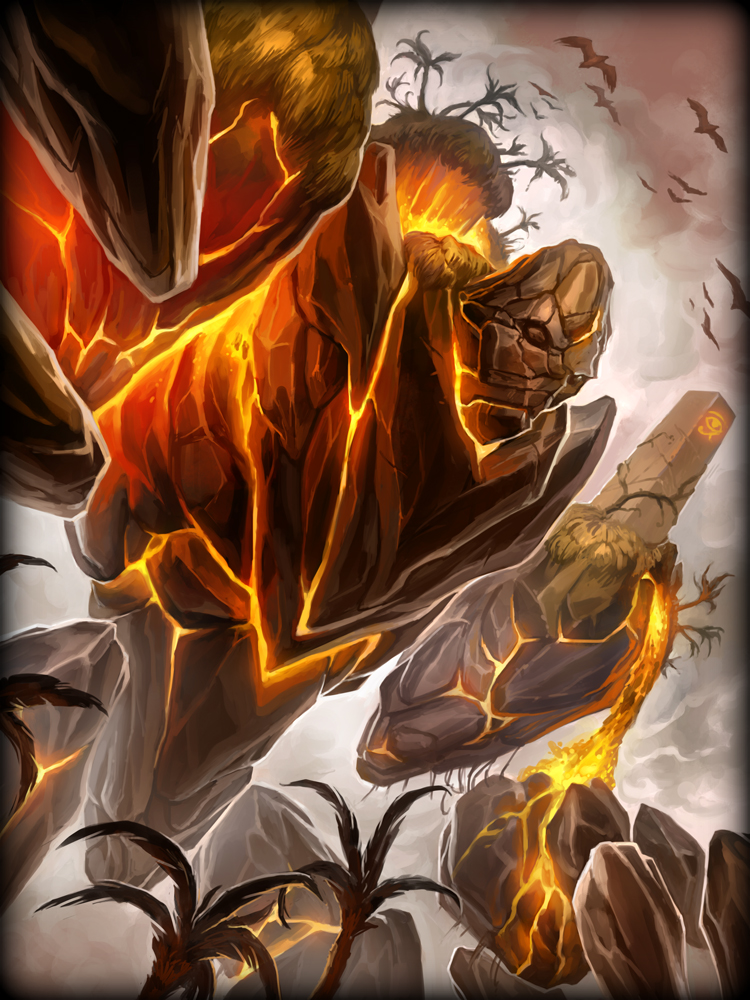 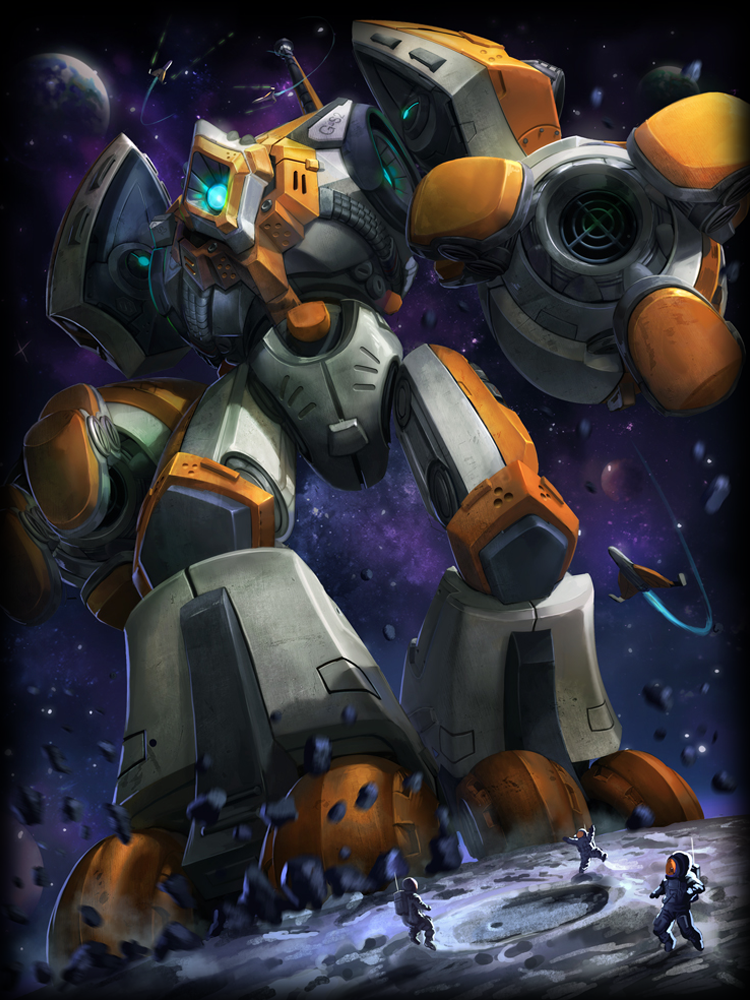 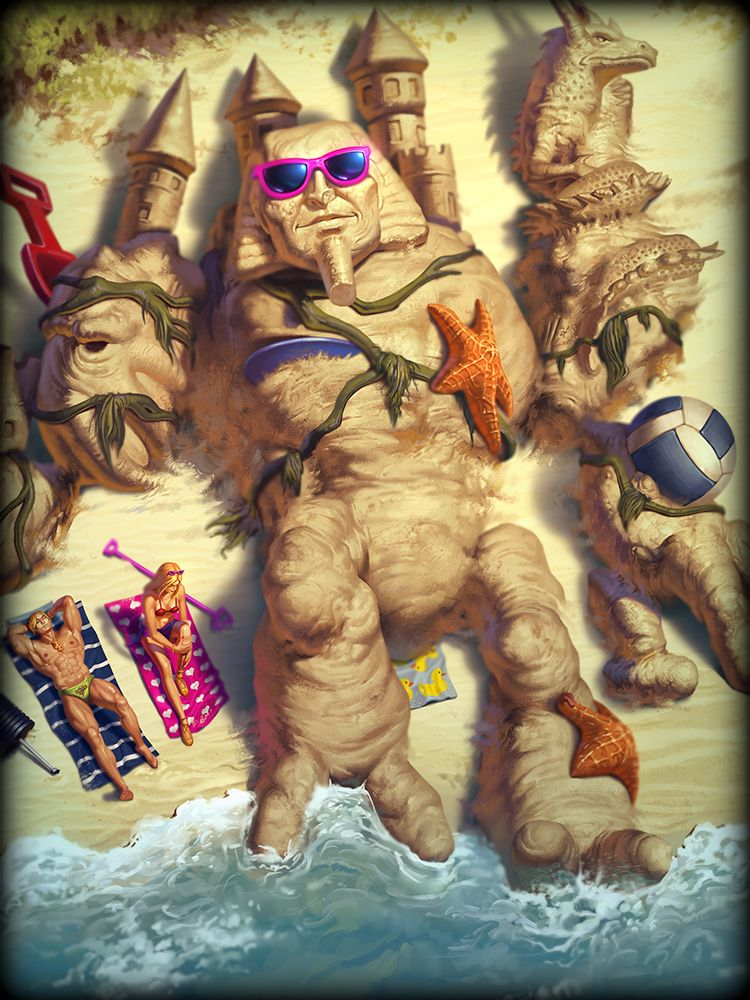 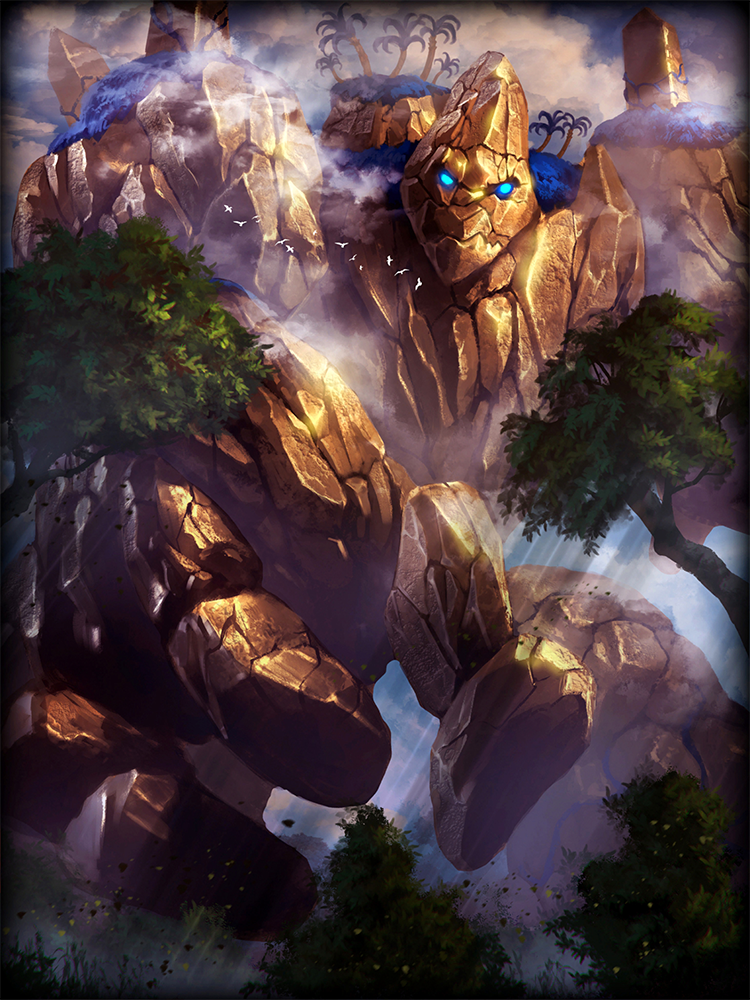 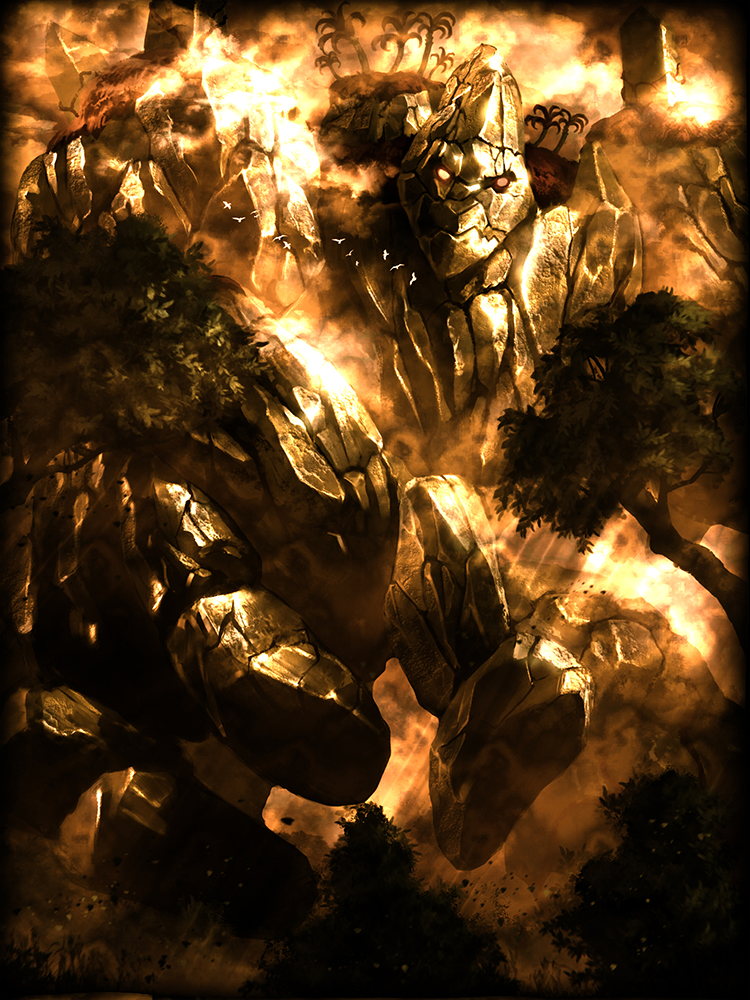 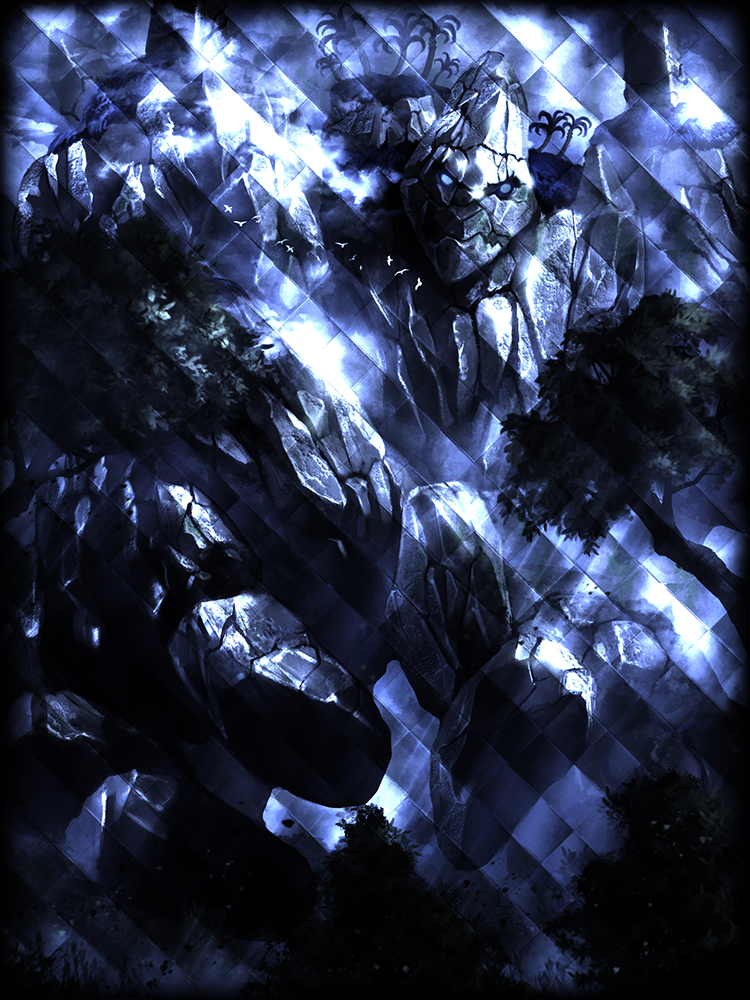