WHO IS GUAN YU?


LORE
As a man, Guan Yu was the embodiment of loyalty, honor, and strength. As a God, he is a guardian of justice, a hero to the downtrodden, the Saint of War.

In the ancient times of the East, a great war between Three Kingdoms raged. The warlord Liu Bei, and his friends, Zheng Fei, and the mighty Guan Yu swore an oath of brotherhood in a mystical peach garden, vowing to create a new, righteous world. Together, they fought countless battles against the warlords Cao Cao and Sun Quan, and Guan Yu grew famous for his combat prowess and unwavering honor.

During the war, Cao Cao captured Guan Yu. At the time, Liu Bei’s fate was uncertain, so he agreed to fight for Cao Cao under specific terms, chiefly that he would abandon Cao Cao if ever he learned the whereabouts of his sworn brother. Despite Cao Cao’s gifts and promises of wealth, when Liu Bei resurfaced, Guan Yu immediately went to his side. Years later, Guan Yu again faced Cao Cao on the battlefield as the warlord fled from his defeat at Red Cliffs. Guan Yu cut off Cao Cao’s retreat and obliterated his forces. Cao Cao, however, he spared and released, as a matter of honor.

After his death, Guan Yu’s spirit remained at a holy shrine, coming to the aid of nearby villagers in need, battling the cruel and selfish. From all over the East, worshippers came to the shrine and burned incense to honor him. Such popularity led to Faith, and thus Guan Yu was raised as a God, deified a few hundred years later.

Now, he embodies the virtues he lived by. His statues, wielding a massive guan dao, ward against evil. Red faced to represent loyalty, his likeness is carried by merchants as proof they can be trusted. If their cause is just, he leads armies to victory. Among the Gods of any Pantheon, there are few as deadly and none as righteous as Guan Yu. 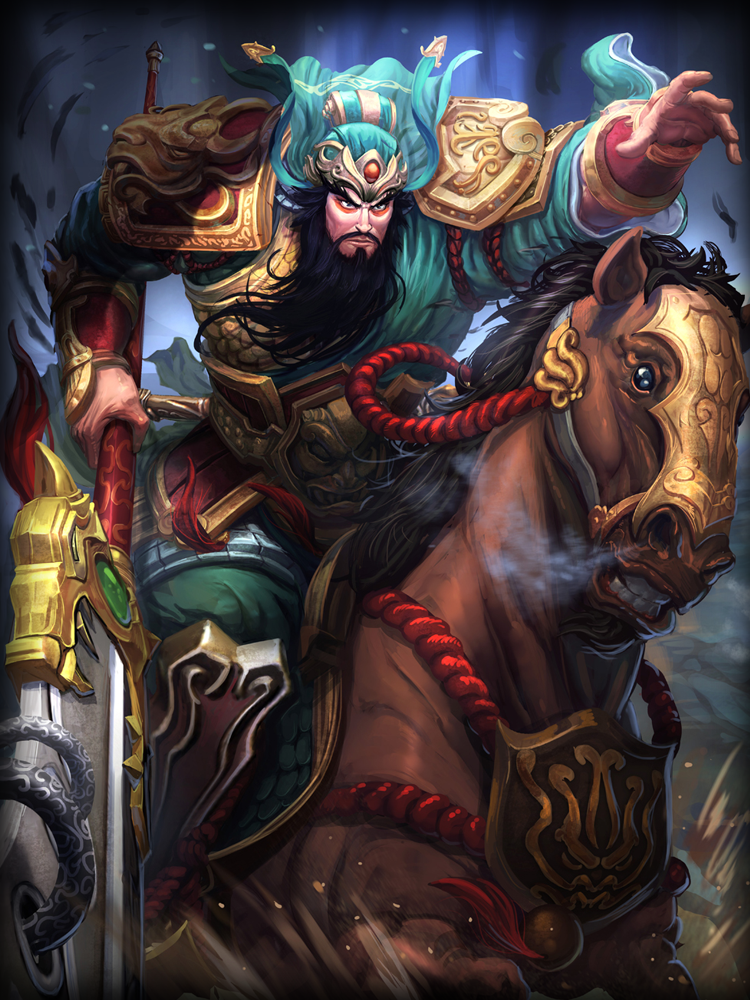 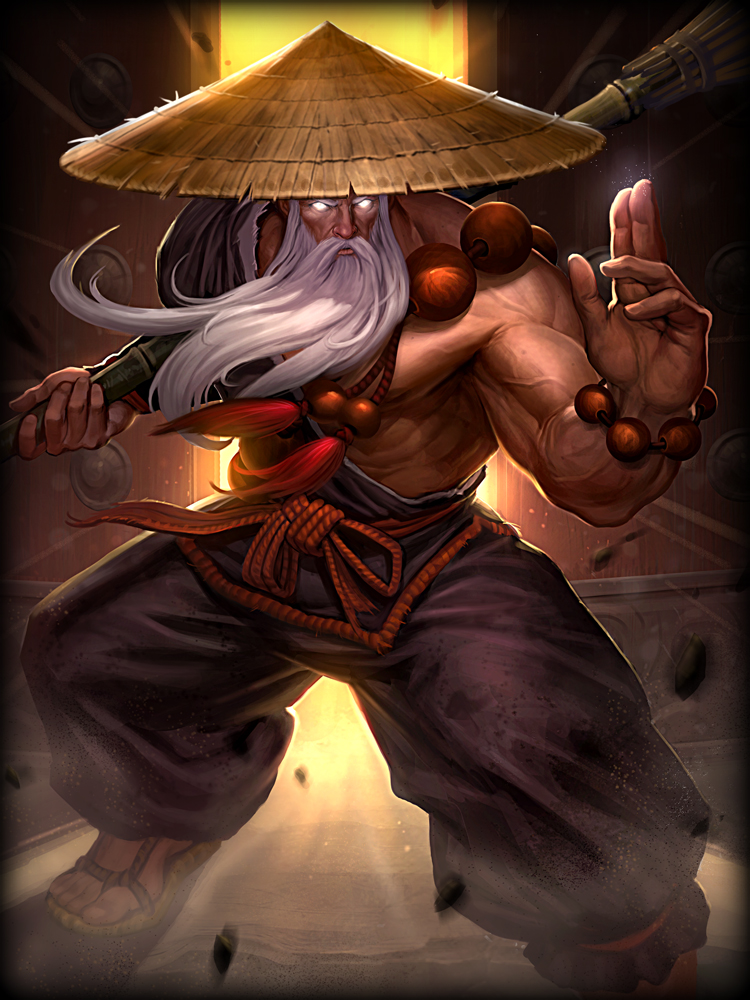 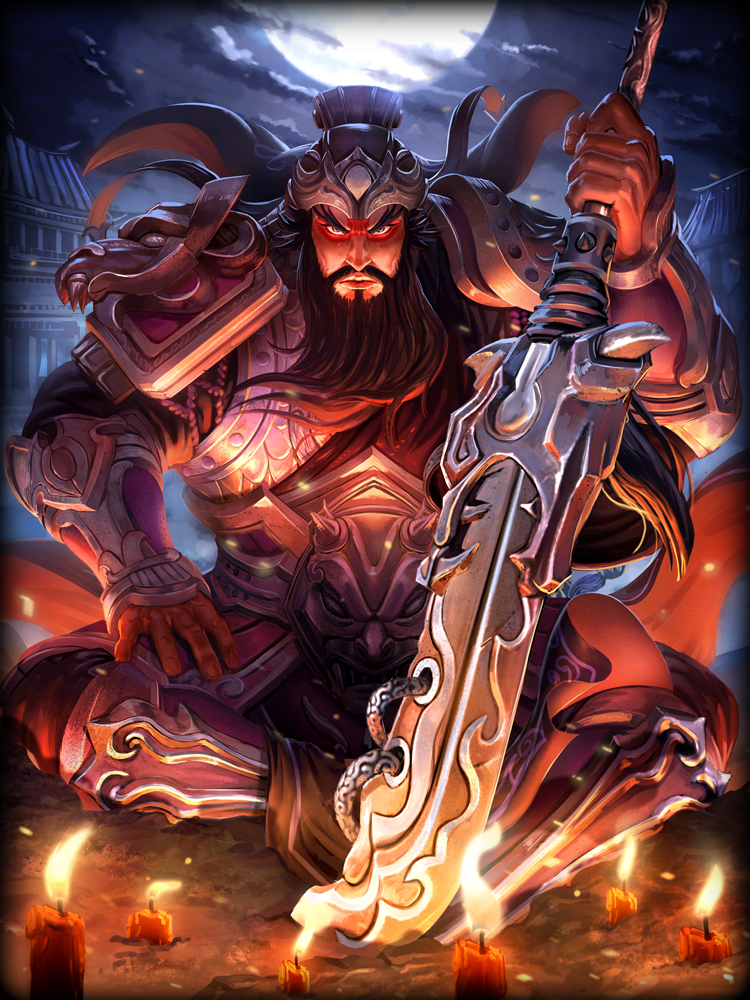 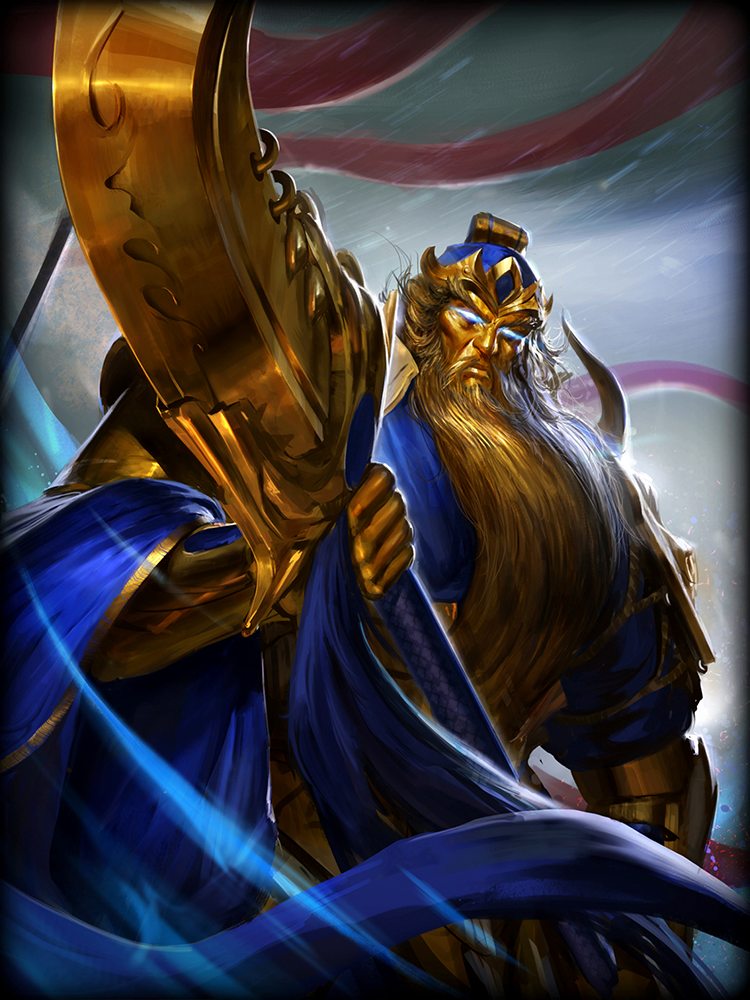 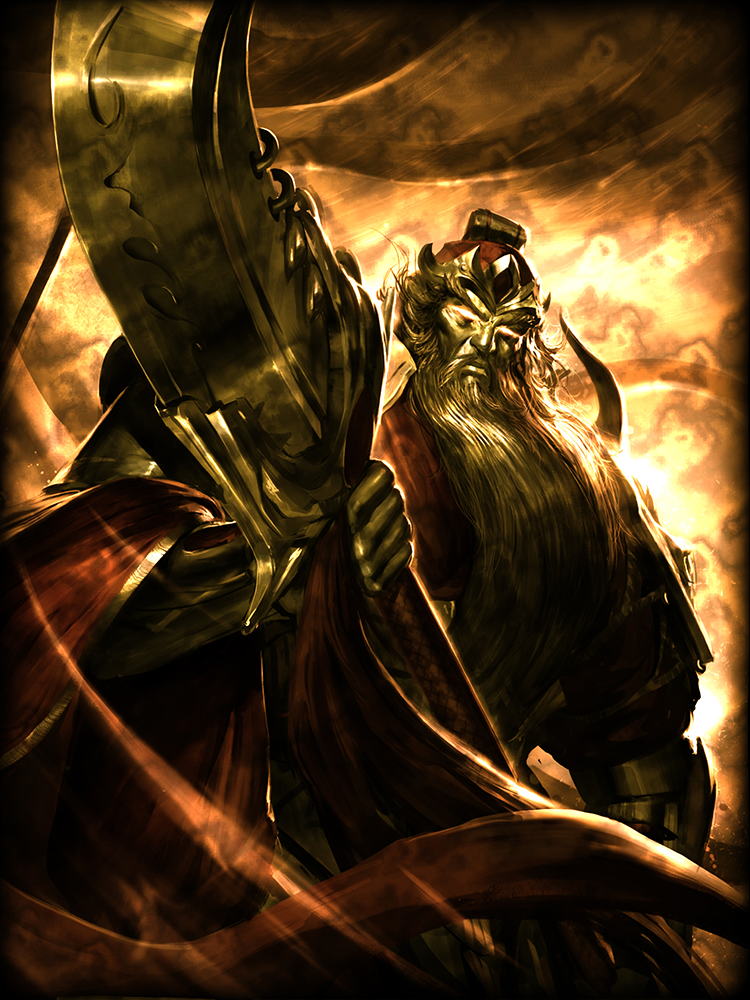 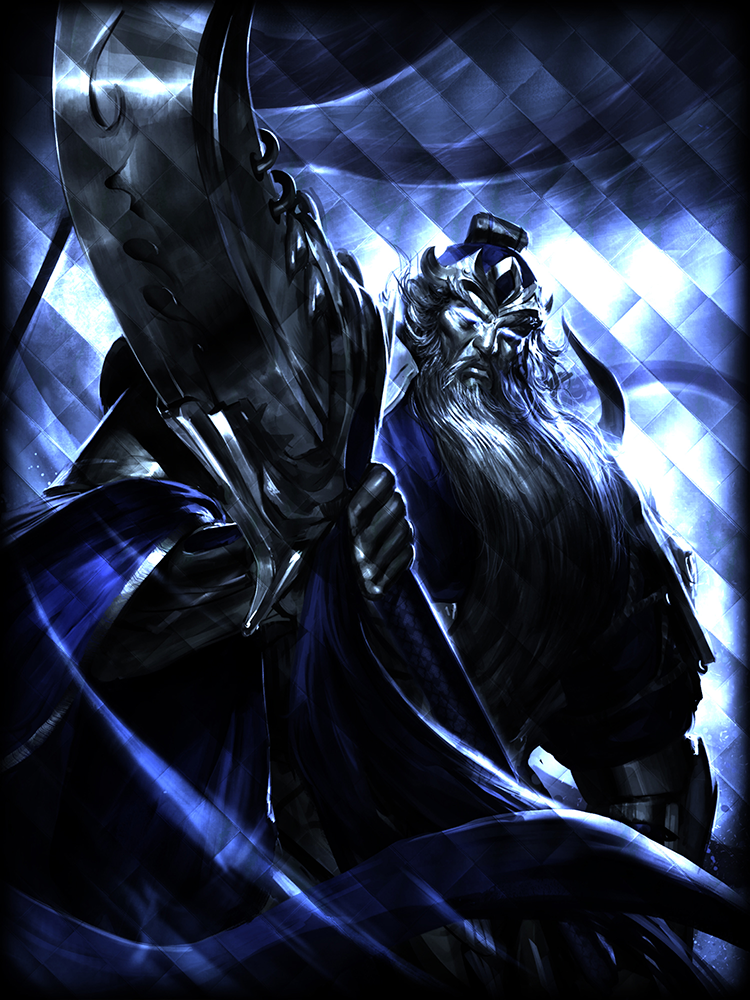